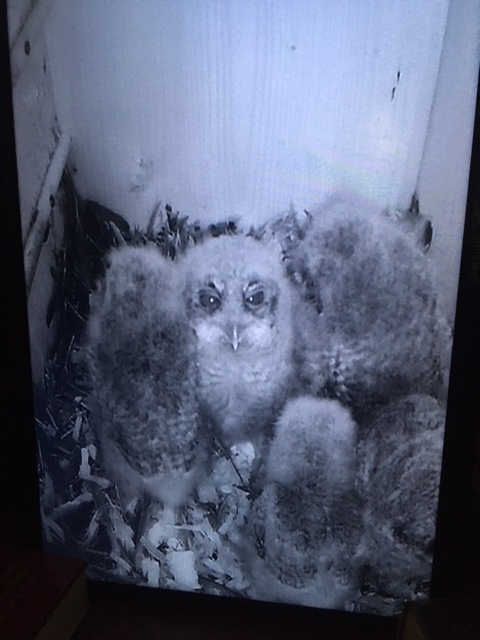 Rain beats against the windows as water gushes from the sky, forming small lakes across the yard.  The pond is overflowing and the waterfall has stopped – a breaker must have tripped.  In the past three to four days we’ve gotten at least two- and one-half inches.  That should ease drought conditions and lift some burn bans.

Inside the owl box, Mrs. Owl pecks at last night’s leftovers and feeds the owlets.  Her gray feathers, dark with rain, stick to her, making her appear smaller.  She grooms an owlet, ruffling through the downy feathers of its head.  Last night, coming in from the rainy night, she dropped to the sawdust floor not quite looking like herself with her wet feathers clinging to her sides.  She paused for a few minutes, looking around.  At first I thought it was the male because he is smaller.  Then Mr. Owl poked his head in the box and dropped off what looked like a small bird with black feathers.  She grabbed it eagerly and began tearing it apart, the owlets screeching all the while.  The feeding frenzy began as owlets pushed and shoved each other aside, trying to reach Mrs. Owl’s beak. 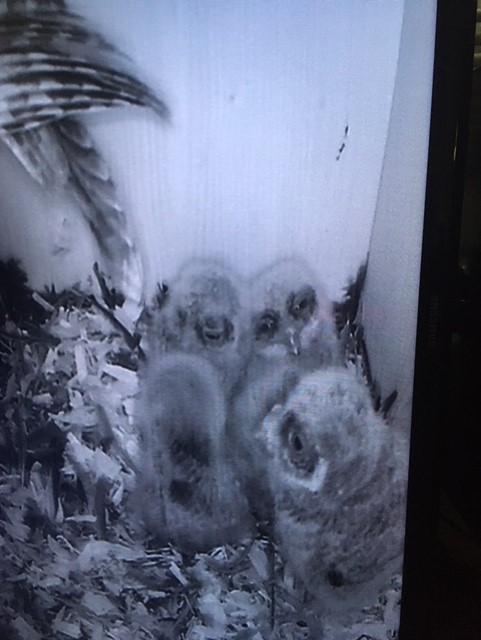 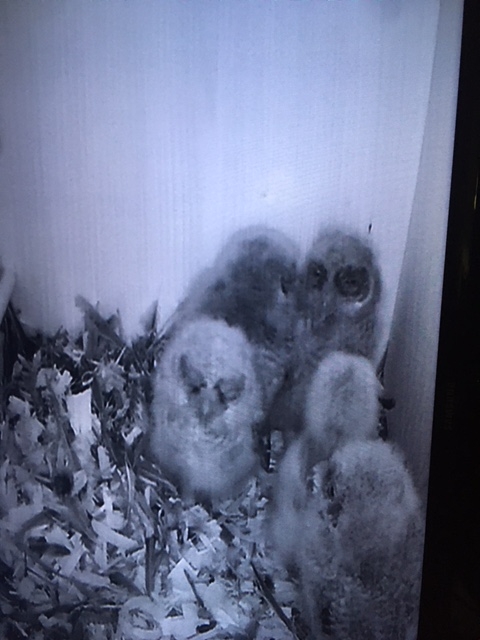 Mrs. Owl left the box on Wednesday morning about 8 a.m.  The past few days have been warm, and with the owlets growing bigger by the minute the box is getting crowded and hot.  She returned later that evening to feed the owlets, but soon she will be spending more and more time outside the box.  I wonder what she thinks of this warm weather.  Is she happy to stay in the box when it rains?

The rain is slowing down now, but still pounds the garden box.  A toad calls out, breaking the rhythm.  He’s happy to be back at the pond.