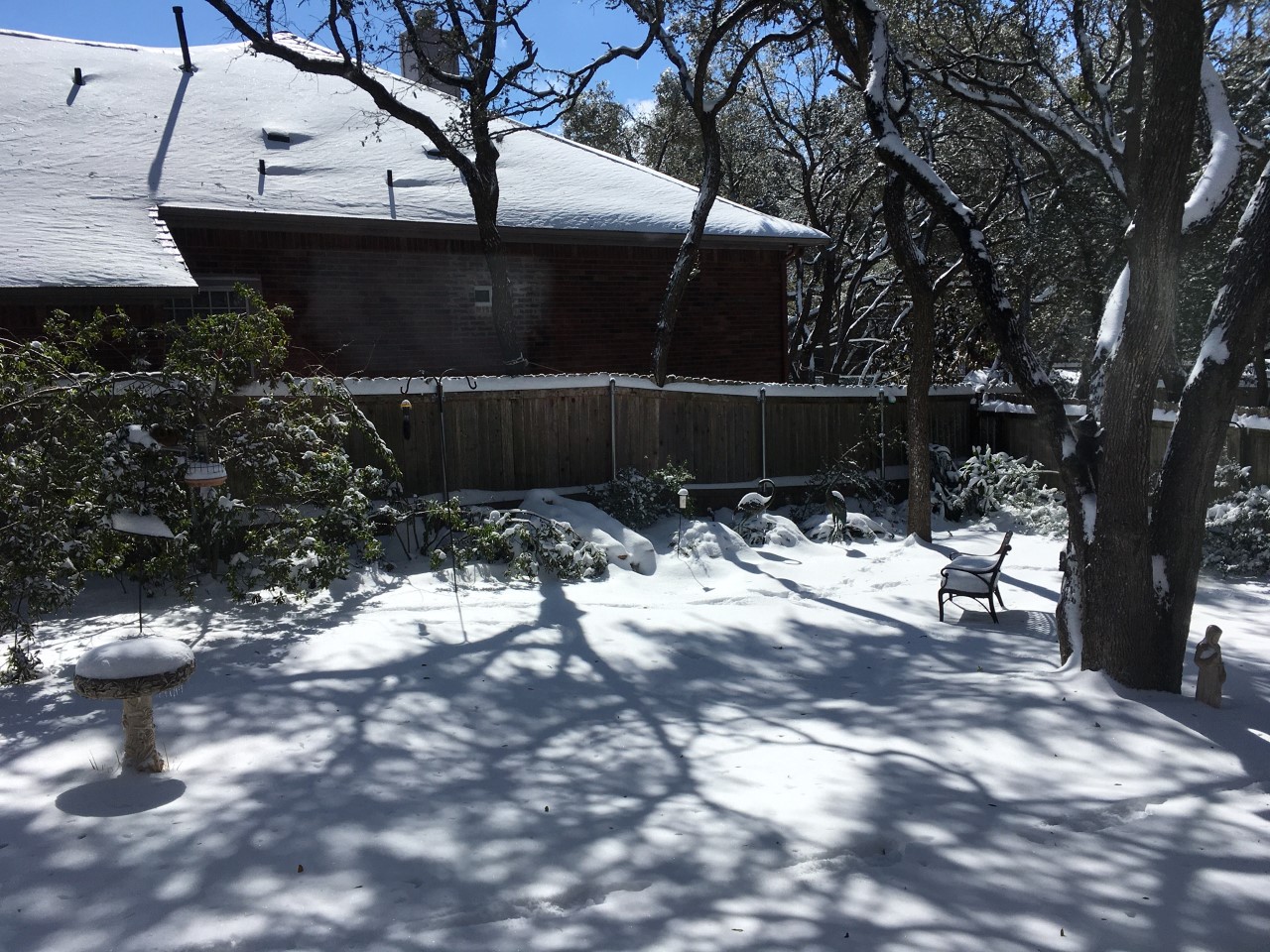 The blinds are closed, the drapes are drawn; the owl sits snugly in his box.  A fine layer of ice glazes sidewalks and roads and frosts lawns and plants.  Icicles drip from tree branches and plants.  Leaves look like they are encased in glass. 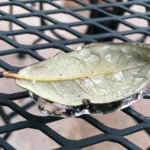 We are trying to stay warm and keep everything in the house functioning.  Thursday afternoon the power went out again, leaving us without heat and light for over five hours.  This time we are prepared, or as best we can be, with battery operated lanterns and propane stoves.  But it is more than an inconvenience for some of our neighbors who have been without power for more than 30 hours.  The city’s lack of preparation is unforgiveable.

Titmice and chickadees chatter outside.  The feeders are full and the waterfall is still flowing into the pond, so they can get water, even with birdbaths frozen solid.  They flit through bushes that bend over in homage to the weather, then perch on the tray or in the feeder.

We took Daisy out in the backyard this morning when it was 24º because it was too slippery to walk.  She raced around in circles, getting her exercise.  The frigid air actually felt good – clean, fresh, pure.  Except for the birds, it was silent.  It felt like a beautiful morning, despite all the burdens of the winter storm,.  Quiet.  Peaceful.  A landscape of silver and frosted green.

All weekend I’ve worried about Willis.  I was waiting to blanket him assuming I could go out after Thursday’s rain, but the weather turned much worse that afternoon with icy rain that the roads were dangerous.  Hoping the temperature would go up and the roads would clear, I waited. Until Saturday I couldn’t wait any longer.

Tim drove – a longer than usual trip, but the roads were clear even with the temperature at 28º.  When I slipped through the gate into Willis’ paddock he walked right toward me and followed me straight to the gate.  Obi and Drake already had blankets on and were nibbling on the quickly diminishing hay bale.  Chunks of ice floated in the water trough.   From a distance, Willis looked fine, munching on patches of grass in his paddock, but in the crossties it was different.  It was the first time I have ever seen Willis shiver, his hind legs quivering as I brushed him.  He was cold!  I wiped him down with a towel as he gulped cookies from Tim’s hand.  Then we slid the blanket over Willis’ back, fastening it under his belly and around his legs.  He continued to shiver, so I gave him a half bucket of grain to warm him up before taking him back to his paddock.

How to prepare for next time?  Willis rarely needs to be blanketed, but maybe he could use a heavier blanket for times like these.  I am still worried about the next two days ahead. 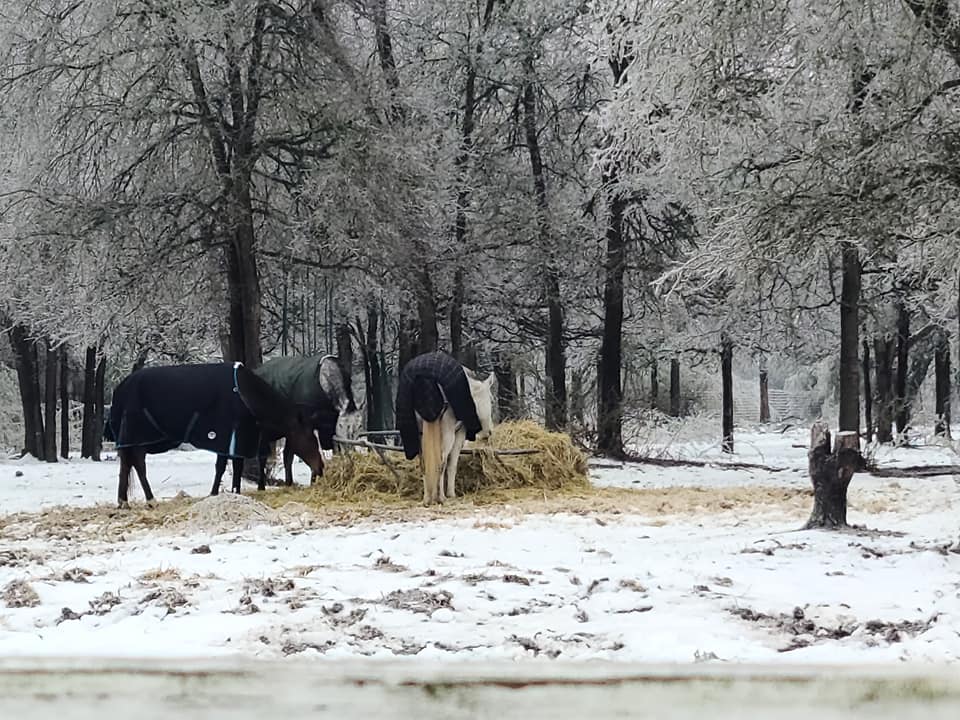