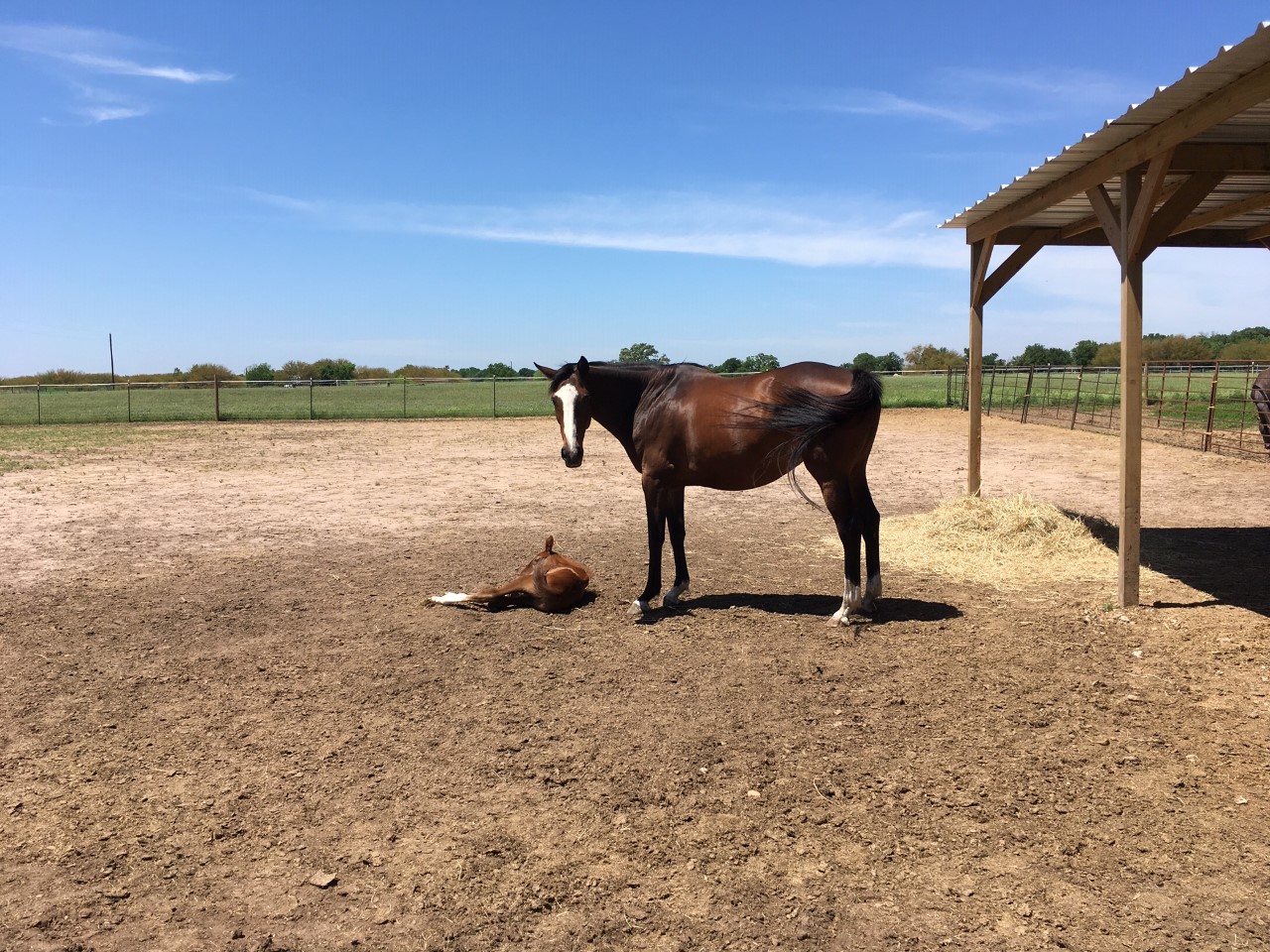 The first foal of the season came into the world on Monday, April 10, at 2:00 a.m.  “Liam” looks just like his mother with a long white blaze from his forehead to his nose.  All legs, he toddles alongside Miss Mae, who is never far away.  They stand in the middle of the paddock, watching us from the fence, Miss Mae guarding her colt carefully, nosing him gently toward the center of the paddock, away from onlookers.  She is quite a stunning mare, a shiny bay with a black mane.  Her coat glows a dark red-brown-black in the sunlight.  Her calm demeanor is impressive.

In the paddock next to Ms. Mae and Liam, last year’s filly and colt have been separated from their mothers by a ribbon fence.  Both are growing into fine young horses.  The filly is still black while the colt’s color changes from chestnut to brown to a silvery brown not unlike some grizzly bears.  Next to them are Stacie’s other mares, including Aubrey who is due any day now.  She ambles up to the gate to be petted, her belly protruding on both sides. 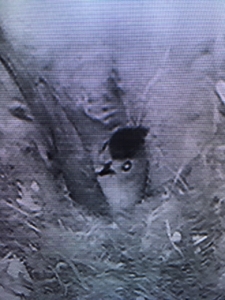 Mrs. Titmouse sits on her nest in the owl box, buried deep in the moss and twigs.  The first titmouse egg hatched this week.  On Wednesday morning, three small eggs were visible deep in the mossy nest when suddenly one moved.  A tiny, tiny beak opened and two pinhead-sized eyes glowed in the camera light.  The eggs and chick are so deep in the nest it’s difficult to tell exactly how many eggs there are or how many chicks have hatched.

Mrs. Titmouse leaves the nest for short periods of time to hunt, get a drink, or just get out of the box.  It must have been hot in there with the temperature reaching 80s and even 90 one day.  Mr. Titmouse flies in to feed her and the chick, who stretches his neck out and opens his beak wide.  Titmice typically lay a clutch of five to six lightly speckled eggs.  The incubation period lasts 12-14 days and chicks fledge 15-16 days after hatching. 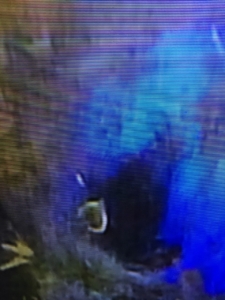 Storms late Friday and Saturday morning brought much cooler weather and sunny, windy days.  So clear, so cool, so fresh.