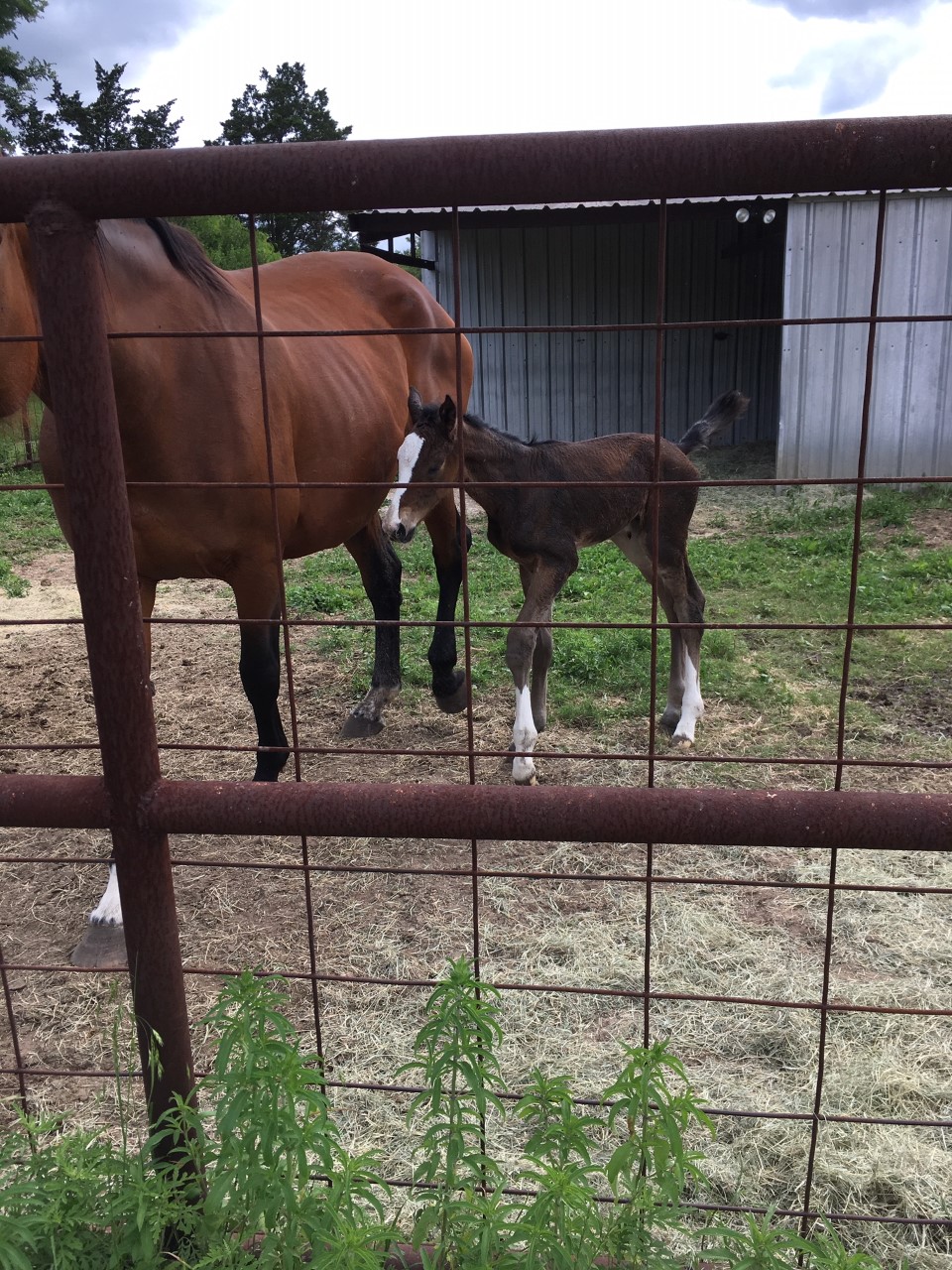 Liam has a new buddy.  Aubrey’s foal arrived Monday, April 22, sometime between 10:30 and 11:00 a.m.  I was riding Willis in the fields behind the barns and paddocks when I saw a long-legged tiny horse standing next to a huge bay mare in the paddock next to last year’s colt and filly.  On the other side of the shelter stood another mare with a foal, so there were now two foals.  Wayne was working in the paddock repairing the roof that was blown off the week before and kept glancing over toward Aubrey’s enclosure, watching.  Stacie came out later and said, “Wayne, there’s a baby!”  Aubrey had done it all by herself, experienced mother that she is.  So much for Stacie’s sleepless nights.

Unnamed as yet, the little colt is bay with white stockings on his left front and back legs.  His legs are a faded brown with a tinge of gray and he has a white blaze down the center of his nose.  Another handsome fellow.  Charlotte and I visited the two mares and foals yesterday in their enclosure while Curtis and some others worked on the roof.  There was some question about how the two mares and foals would get along, but the four seem to be doing just fine together and the two little guys can play together and learn how to live in a herd.

This is not Aubrey’s first foal.  She strolls up to Charlotte and me, her foal following her.  Aubrey enjoys being petted and her baby is quite friendly.  He nuzzles my hand and bites my shirt.  Aubrey almost pushes him aside to get more attention.  He has matted grey whiskers on his chin which make him look quite cute.  At first it looked like he had gotten into something fuzzy.

Miss Mae watches us while munching on their bale of hay while Liam lies in the sun beside her.  After watching Charlotte and me with Aubrey and her colt, Miss Mae walks up to us, Liam close behind.  They are not so sure of us and sniff our outstretched hands before allowing us to stroke them.  In minutes we are deemed safe and allowed to stroke Liam’s soft coat and give scratches.  Aubrey and her little one are already grooming each other.

Last year’s filly and colt hang their heads over the fence or poke their noses through the bars, eager to grab some attention.  The black filly has been handled a lot due to her rough beginning, but both seem very friendly and like attention.  It’s a special thing to see a foal only a few hours old.  I stand in awe watching Aubrey’s foal try out his new legs, walking as if on stilts, his fur damp and matted from his mother’s tongue.  We don’t get many gifts like this in life. 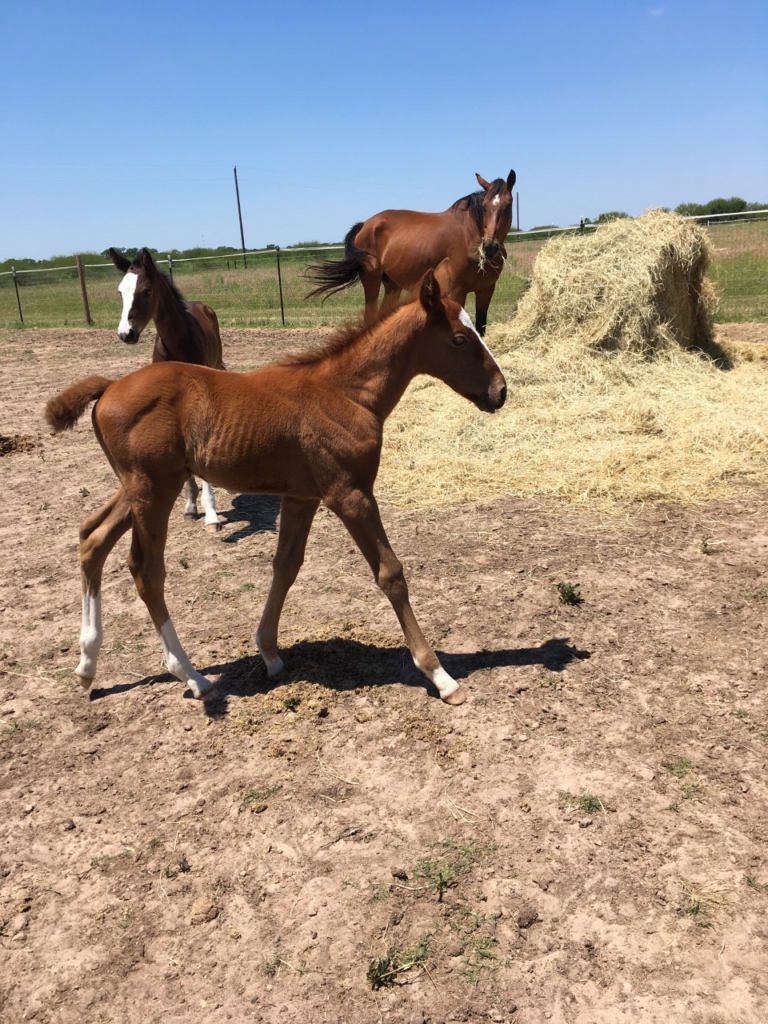