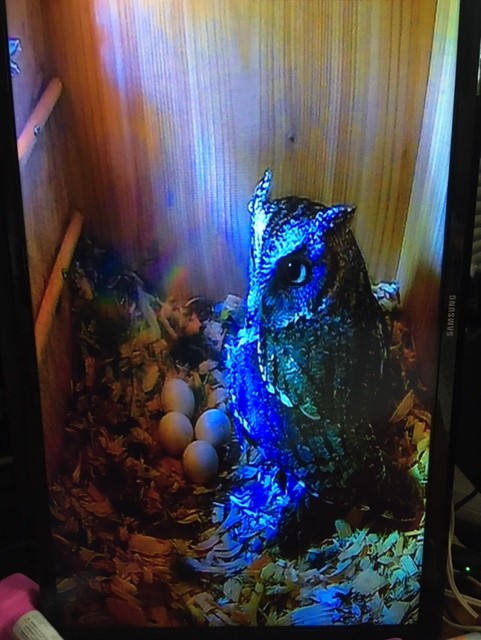 The first owlet hatched yesterday.  Last night around 9 p.m., F20 was shuffling the sawdust, spreading her wings and spinning around in the box when tiny chirps could be heard.  She pecked at a clump of gray feathers in one corner and then seemed to feed something, lifting a wing and tucking her head under.  Even with so much moving around, we barely caught sight of a fuzzy white shape.

She began trilling early last night, well before 8 p.m., calling for her mate.  The night before I worried because I didn’t see the male feed her even once.  I worried something had happened to him and she would have to feed herself and the owlets all on her own, but the male showed up several times last night, bringing her lizards, and Tim saw the male feed her on Wednesday night several times.  This morning she is settled over her clutch, eyes closed, trilling so softly it can barely be heard.  Then tiny chirps.  She is singing to her clutch, owl words.

The first week of April has been warm and humid with temperatures climbing to 90º; even the first weekend’s rain did not bring cool weather.  Yesterday afternoon’s storm changed that.  Rain pounded the earth while trees bent in submission to the wind, branches flailing wildly, scattering leaves and twigs. The temperature plunged to 70º from 89º in a couple of hours.

Iris of all colors are blooming – yellow, pale pink, deep purple.  They are Easter flowers, a warm memory of many early spring days.  Indian blankets are blooming too, along with primroses, bluebonnets, Indian paintbrush and hill country rain lilies.

The owl is quiet now.  Occasionally there is a tiny cheep.  The clutch is hatching right on schedule. 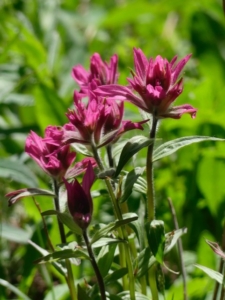 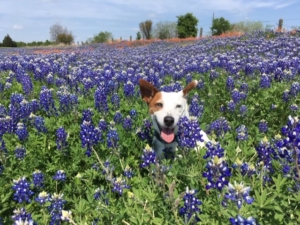