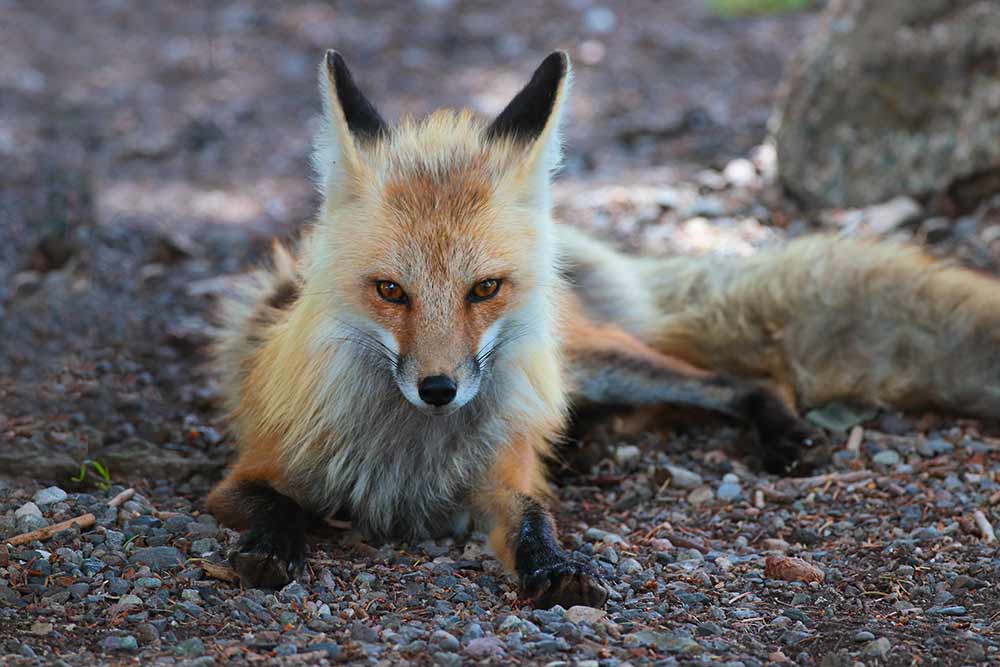 We heard a saw-whet owl tonight, just minutes ago, stepping out the cabin door into the darkness.  Its trill is lilting, softly rising into the night, a call to its neighbors, its offspring, its mate.  Earlier this evening we walked over to the willow meadow where the moose with twins has been seen, but tonight there are only tall grasses waving in the breeze. 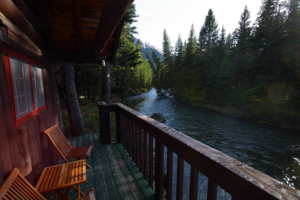 Four of the Junction Butte Pack ventured to Lamar Valley today.  Almost all were black, so the wolves were fairly easy to spot.  They meandered through grass and sage, ignoring the sea of bison and calves spread throughout the valley.  We watched the wolves until they went out of sight or bedded.  They bedded in the old Druid rendezvous site for a while, then traveled west toward Specimen Ridge.  One wolf lagged behind, seeming very interested in the bison calves.  The wolves are shedding their winter fur, revealing rich brown coats with black muzzles, ears and legs, a striking and beautiful contrast.

When the wolves were finally out of sight, we drove up Tower Road to look for black bears and were stopped by a very handsome coyote trotting up the hill across from Calcite.  He crossed the road into the same meadow where a black bear was foraging.  Even with the crowd of noisy visitors surrounding him, the coyote remained remarkably calm.  He stayed focused and made himself at home in the meadow where he began searching for voles.  He entertained us for at least one hour with his superb hunting skills, catching a vole and then dropping it when he spotted another.  Our eyes on the coyote, we barely noticed the black bear moving down the slope and into the trees.

This afternoon we hiked the Yellowstone Picnic Trail, looking for bighorn sheep and marmots.  I never get tired of watching the blue-green 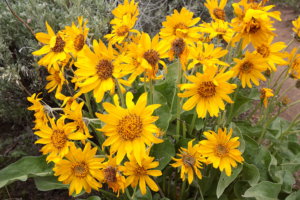 river wind between the canyon walls.  Though we searched the rocky slopes above the river, we didn’t find any sheep.  The marmot colony, however, was bustling.  We must have seen eight to ten marmots, some of them pups.  They all had interesting markings with grayish brown faces and dark brown fur.  When we reached the bottom of the trail a fox was mousing in the picnic area.  He walked through the tall grass, unbothered by the people chasing him with cameras, even curling up and going to sleep under a tree.

We saw another pronghorn and fawn this afternoon in Lamar Valley.  The fawn must have only been hours old, the doe still licking and grooming it.  The tiny creature stumbled about awkwardly on its long legs following its mother.  It looked like the doe might give birth to a second fawn so we waited, but after an hour or so nothing happened.  Pronghorns always give birth to twins, but usually only one survives.  I wonder about all these little ones; they are so vulnerable.