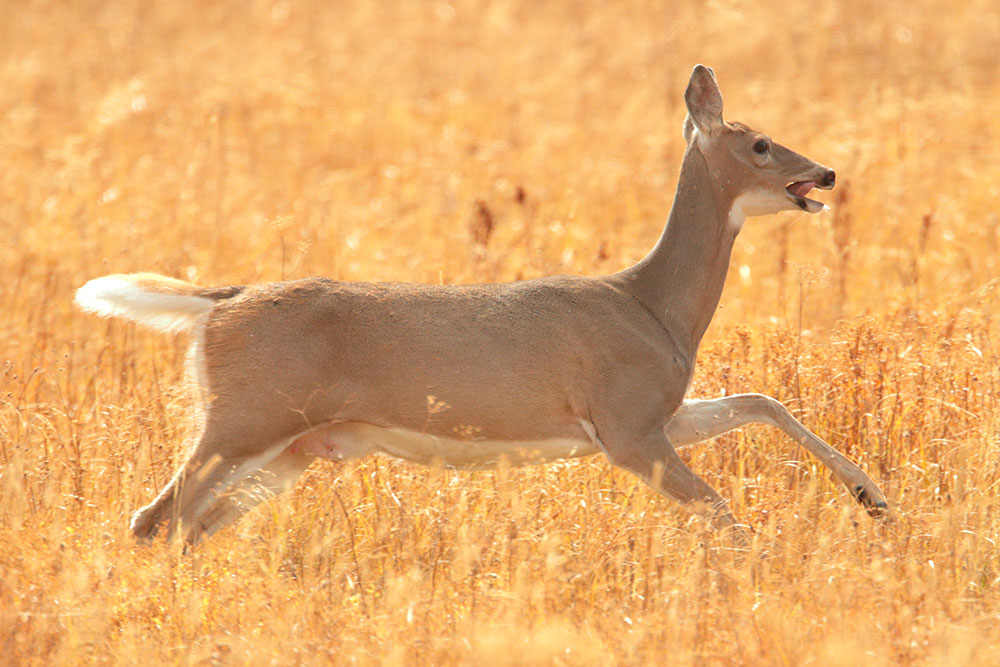 The grass has turned golden.  Spring accented by vibrant wildflowers has faded, but its muted colors are a striking contrast against the deep green of fir trees.  October begins tomorrow, but the aspen here are still undergoing their metamorphosis to fiery yellow.  Their leaves shimmer in the sunlight.  The cottonwoods, too, are slowly turning. Usually we miss this bright, shocking change in autumn, but this year we may be just in time. 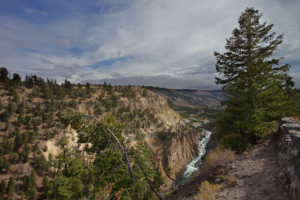 A quiet settles over the Park this time of year.  We woke to snow on the SUV and 31º; it rained as we drove into the Park, a sleety rain.  The Junction Butte Pack was out in Lamar Valley where the Druid Peak Pack and Lamar Canyon Pack had rendezvous sites before them.  All eleven wolves were there, though I only counted ten.  We stood watching the pack play with each other, tails wagging, jumping on top of one another, as a cold, light rain drizzled over us.  They bedded in the sage and then rose up, marching east toward the end of the valley.  We followed them as they climbed the ridge at the end of the valley, heading toward Cache Creek, which is where we lost them.

We waited at the confluence hoping to snatch another look.  I walked along the road listening to Soda Butte Creek, its music a steady rhythm.  A pair of female mergansers paddled upstream and let the creek float them toward its banks.  The sun was slow to come out as we cruised the valley.  Across from Hikers Bridge a huge majestic bull moose was battling willows, tearing them with his huge antlers.  It was almost comical to watch him struggle with the vegetation, he appeared so frustrated and angry.

Last night we were told the Lamar Canyon Pack was seen 500 yards outside the Northeast entrance.  There was howling as a helicopter circled above for about an hour trying to move the pack of three back into the Park.  This afternoon we glimpsed a gray wolf traveling west across through the trees above Soda Butte picnic area.  I barely caught sight of it trotting into the trees, but we believe it was one of the Lamar Canyons, maybe 926F.  We waited at least an hour in Round Prairie hoping the wolf (or wolves) would pass through, but they didn’t. 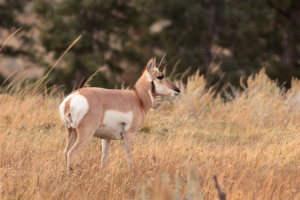 In the meantime, we watched a beautiful harrier lift his wings up and down, floating though the prairie hunting.  A whitetail deer and her two fawns leapt back and forth across the prairie looking for a place to cross the road.  Their white, feathery tails spread out like fans as they ran through the tall grasses.

The afternoon remained cold as we walked along Slough Creek watching gadwalls and coots float in the streams and ponds.  We looked for pica at Hellroaring trailhead.  A few asters are still blooming, but most wildflowers have withered.  The Park is quiet.  When we walk the trails, we hardly hear birds calling; only the creak of a pine tree leaning, waiting to fall.  The long silence is beginning.